The Cadians moved methodically through the lower decks of the Domilcus Station. Sweeping back and forth, the flashlights underslung on their lasguns pierced the darkness. The scent of blood was thick in the air, no doubt that of Captain Fread.

24 hours ago he had been thrown to the lower decks by the Rogue Trader, and almost immediately the damaged Sentinel, nicknamed ‘Roasty Toasty,’ had gone to find him. 18 hours ago, the first search team had been sent out, a small number, just a squad. 12 hours ago, and the second team was dispatched, containing a second squad for support. Finally the current team was dispatched, as many men as could be mustered, complete with heavy weapons teams and veterans who had served with the captain for years.

The men thought they were looking for a body, not a survivor. The man leading the party, Sergeant Maxis held his laspistol in the air as he took a whiff of the coppery scent. It was strong, very strong. Far too strong to be one man. Could be the missing search teams . . . could be the corpses of the enemy. Silently, the Sergeant signalled to his men to guard up. They weren’t alone in the darkness, and whatever else was out there was hostile. The team of veterans slowed their pace, making sure to sweep every corner and crevice they could find as they traveled through the dilapidated ruins of the lower decks. The Sergeant froze, signalling his men to do the same. Time practically stopped as the place fell totally silent, except for the faint sound of a single voice. Leaning forward some, Maxis attempted to discern what was being said.

“They wouldn’t listen……………A bunch of fools……………Traitors……” It was faint, and the Sergeant could only gather certain words, but he knew the voice. It was Captain Fread. Hurrying to the sound, the Sergeant and his men were quick to come across their superior officer, and the scene of horror that lay before them.

Captain Fread sat in a small courtyard, lording over a small pile of bodies. The dead in question were clad in the characteristic black flak of the 406th. To his left remained what was alive of the search teams, men with distorted smiles, armour beaten up and damage replaced with rubble and salvage. Any Imperial symbol that may have been recognized was filed down, crossed out, or gone entirely, replaced by a strange eight pointed star. On the Captain’s right sat the hulking Sentinel, Roasty Toasty. Heavy flamer still missing, the urban camouflage was tainted on the legs by a thick coating of blood, and the Sergeant turned his light just in time to see the sentinel smash a foot down, turning the begging man beneath the machine from a single piece to a pulped mess. Looking back from the deceased man to the Captain, Fread was grinning from ear to ear, his black carapace armour coated in the red of his dead men.

“Sergeant Maxis, nice of you to join us….” The Captain trailed off, standing and slowly walking over to the pulped mess of a man, kicking his foot through the mess as he spoke once more. “…We were just finishing up the last of Creeds supporters. Filthy traitors can’t see that the man is false…” The Captain turned to his sergeant, tilting his head as he strolled towards Maxis, sword in one hand and pistol in the other. “….What about you Sergeant? Where do your loyalties lie? To the traitor Creed? The vile Emperor? Some power hungry governor, a man who will never know your name?” The Sergeant didn’t speak. He was mortified, as Fread grinned on. Without a word, Maxis turned to the nearby autocannon team, and motioned to the Captain. There was no need for words. The veterans of war knew what it meant. Setting the weapon down, it took mere seconds to have it pointed at the insane Fread.

The Sergeant uttered a single word. “Fire…” A single shot, the boom of an autocannon. The shot clipped Maxis in the knee, throwing him to the ground, the man missing the lower half of his right leg. The Sergeant screamed out in pain, turning to the weapons team, who had turned their guns on the search party, not firing but clearly threatening to do so. Almost instantly Fread was perched on top of the Sergeant, sword poking at the man’s jaw.

“I knew you were a coward Maxis. Too blinded by “faith” to see the truth. You’re a tool, a weapon. You’re not even the gun either, you’re the dispensable little bullet being loaded into the Imperium’s autogun….” Fread stopped for a second to look up, and Maxis turned as well to see the search party either embracing Freads fellow traitors, or lying dead on the ground in a mess of body parts, dominated by the scout sentinel crushing up the remains into a stew of dead guardsmen. “….They get it. They understand….” The Captain continued. “…The Imperium is dead. Ruled by a power hungry corpse on a distant star. I will not be his weapon anymore, I will be my own.” Fread smirked, his teeth stained a little red. Maxis was horrified, had the man been eating the dead? He might never know, as Fread quickly had the Sergeant sat up, a bag over his head as the Captain spoke softly into his ear. “And you won’t be his weapon anymore either. You have a greater purpose then that. My friend lives in my head, but I can get him out. He tells me he just needs a body. Yours isn’t perfect, no far from it. But it’ll do. You’ll get to feel every excruciating detail, every second of ecstasy, and every moment of glorious pain. How I envy you, but my purpose is greater than this. Enjoy, Sergeant Maxis….” And with that, the Sergeant was dragged off, screaming in pain and horror. Roughly carried away, he could just hear the cackling laughter of Captain Samwell Fread, the former guardsmen, and the future Bloody-Handed Reaver of Chaos. 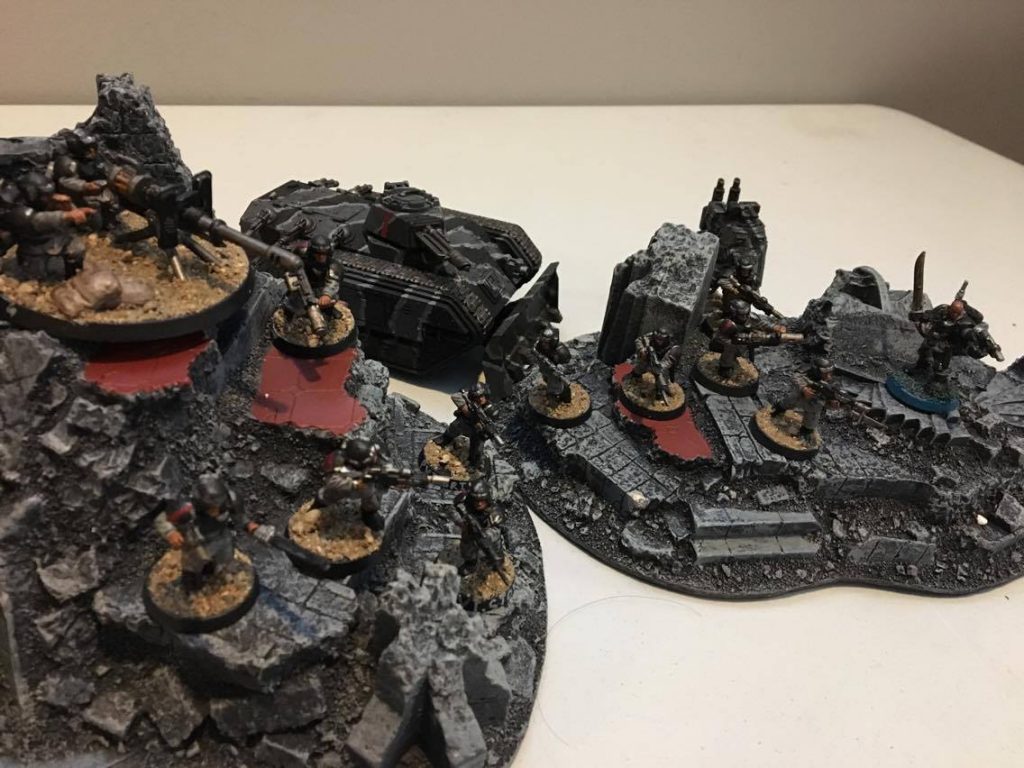 Please note that the Club may be closed for major holidays.